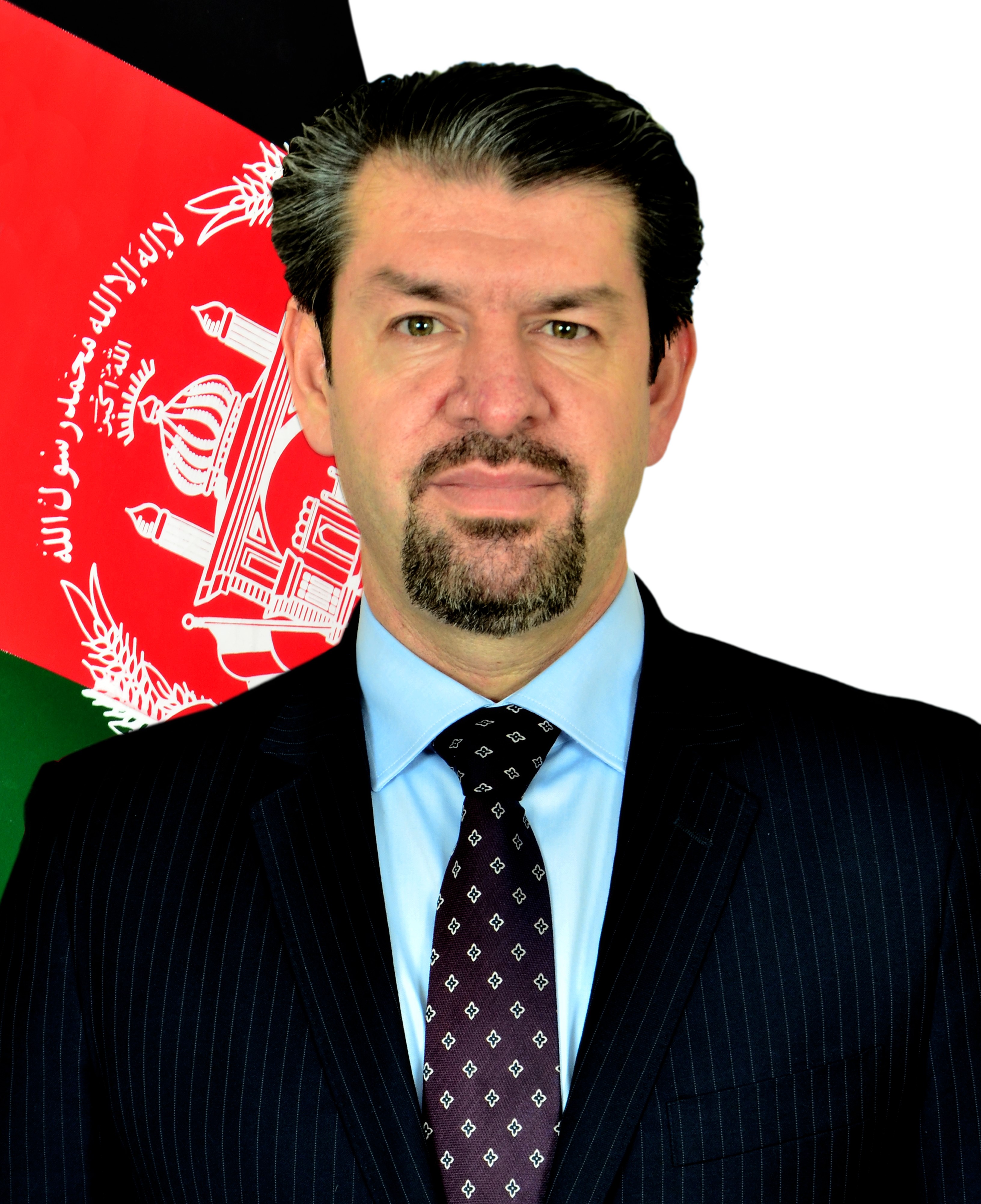 The career of Dr. Mustafa Mastoor spans a wide spectrum of public sector responsibilities for the Islamic Republic of Afghanistan. Most recently in August 2017 he was appointed as Acting Minister of Economy.
Dr. Mastoor has been the lead negotiator for the Turkmenistan- afghanistan-Pakistan-India (TAPI) gas pipeline that will extend from Turkmenistan through Afghanistan to the India-Pakistan border. He leads the Afghan team for the Central Asia – South Asia (CASA) 1300 MW    regional electricity transmission    project that will connect the Kyrgyz Republic and Tajikistan through Afghanistan    to Pakistan. CASA will yield   considerable revenue from transit fees and will serve as a catalyst for security and prosperity in the region.
From 2004 to 2017 Dr. Mastoor served as General Director of Budget and subsequently as Deputy Minister at the Ministry of Finance (MoF). In 2012, Afghanistan’s Open Budget Index rose to 59 from a baseline score of 8 in 2008, which is a major accomplishment. He guided MoF’s Aid Management Policy that implements the Busan Conference’s “New Deal”. Under his leadership, alignment of donor funding was improved; the medium-term fiscal and budget framework provided fiscal discipline; the Public Financial Management roadmap reinvigorated reforms; and de-concentrated budgeting at the provincial level is beginning to upgrade the national budget process.

In 2003, Dr. Mastoor joined the Ministry of Public Health (MoPH) as a consultant in a World Bank funded project for the Ministry’s Grant and Contract Management unit and was then appointed as Director of the same unit. While at  MoPH he contributed to the design of the medium term health strategy and policy which became a success story of Afghanistan’s basic public health services.

Dr. Mastoor is a contributing member of many boards and working groups including g7+, an association of countries affected by conflict. He leads the Governance Working Group of the Afghanistan-US Strategic Partnership Agreement. He has worked with a number of Afghan publications as a satire writer and a cartoonist. He is an avid golfer and is the President of the Afghanistan Golf Federation.