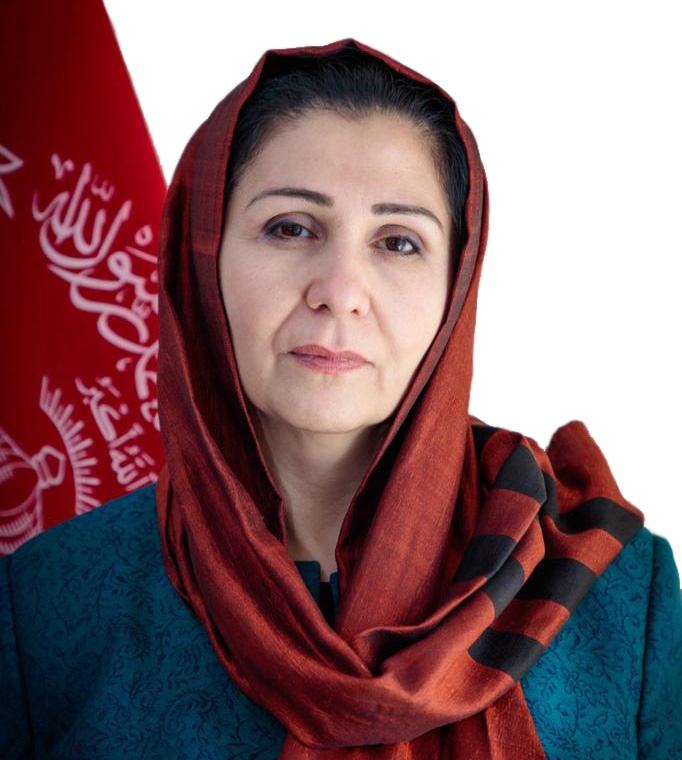 Dr. Karima Hamed Faryabi was born in 1348 in Faryab province of Afghanistan. She completed her primary education at Mahjoba Hirawi and her secondary education at Sitara high school in Hirat. In 1369 she passed the entrance exam and got admission at medical faculty of Abu Ali Sina-e-Balkhi university where she successfully completed her Medical Degree.

Dr. Faryabi’s professional career over the decades spans a wide range of sectors including health, education, development, and food security. She has been an active member of the civil society, member of the advisory board of Directorate of Public Health in Faryab, member of the Faryab women leadership committee, and a trusted member of Radio Qoyash.

Before coming to politics,  Ms. Faryabi worked as a medical doctor at the Faryab Department of Public Health. From 1376 to 1383 she served as a project manager at Save the Children where she managed to implement a number of health projects in partnership with Doctors Without Borders.

For over seven years, Dr. Faryabi has served at the Ministry of Rural Rehabilitation and Development as a coordinator of administrative development programs in the north and north-eastern regions of Afghanistan. She has also served as technical manager of the basic health and hospital services project in Faryab, and recently managed a program at International Child Support that provides medical services to the internally displaced populations in Faryab.

She speaks the national languages of the country, Turkish and English fluently.

As per the Presidential Decree number 1511 dated 24/6/1399, Dr. Karima Hamed Faryabi has been nominated and appointed as acting Minister of Economy.

As Minister of Economy, Dr. Faryabi will aspire to advance policies and programs that would ensure social and economic justice, reduce poverty, achieve inclusive growth, and empower Afghans to become self-reliant and responsible citizens in the future.